Having completed 6 training sessions before Christmas and 8 since Christmas we thought it was time for an update on how things are tracking for Season 2017.

The senior group and the U19’s have been training as one group for every session. There is yet to be a session with less than 50 players on the track which has been hugely positive.

Two highlights so far include the last session before Christmas which was promoted as an open session and included several partners of the players participating. To have over 80 people in the rooms afterwards for a BBQ and drinks was pleasing.

The other highlight was last Wednesday when the mercury hit 37 degrees during the day. You could be forgiven for thinking the numbers would drop off but we managed 62 on the track which included 20 U19s.

The U19s have been superb this pre season easily averaging 15-20 at each session and hopefully they will gain enormously from training with the more experienced senior group. Craig Glennie has done a magnificent job keeping the core group from last season together as well as topping up with some real quality from the EFL. It’s looking like a big year for the boys.

Another pleasing aspect of the pre season thus far has been the influx of new recruits to the club. We have lodged 29 clearances to this stage and expect to lodge a few more in the coming weeks. There will be more information on these recruits as well as current players coming soon.

Speaking of clearances we would like to thank two departing players for their service to the club over several years. Michael Connolly who is returning to East Ringwood in the EFL and Brendan Burke who has joined West Coburg in the EDFL.

The appointment last week of Bernard Moran and John Jess to the post of Director of Football is another huge positive for the club. These two men both have enormous respect at the club and will do a fantastic job.

All signs are positive for the year ahead and the playing and coaching groups are working really hard to make sure 2017 is a successful one. Their will be an open BBQ and drinks after training on Wednesday 15th of February for all members, supporters and past players to attend. This is the beginning of the process of bringing the positive vibes back to the club after a disappointing season last year.

Also a first reminder that Round 1 is on April 8th beginning with the U19s in the morning before the Seniors/Reserves play local rival Mt Lilydale for the first time in our club’s history. Following the senior game there will be the standard drinks and post match in the rooms with Matt Darvidis providing musical entertainment. Put it in the diary, it will be a cracking day and a fantastic way to kick off what is shaping to be a big year at Bloods Stadium. 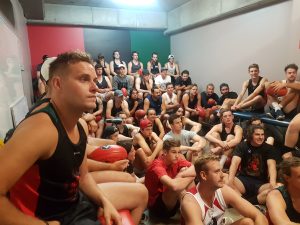 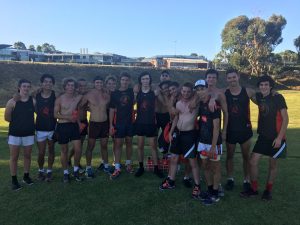 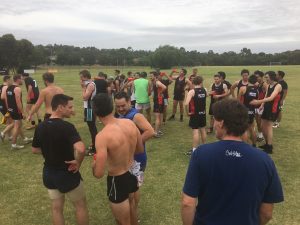 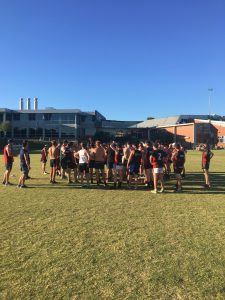