After a double premiership in 2017 it was with great excitement that the Bloods hit the training track back in November 2017. This season was a little different to any previous with the addition of the womens team bringing a fresh excitement to Great Ryrie Street.

The club has been lucky to once again enjoy huge numbers on the track for all teams and it is looking like we will have over 140 registered players this season.

From the mens perspective we’ve welcomed back many familiar faces as well as a handful of talented recruits. Jared Sund (East Ringwood), Sam Scanlon (Park Orchards) and Adam Swanson (Park Orchards) headline the recruits. We have also got a number of U19 graduates pushing into Senior ranks including Michael Di Donato, Jono Kerr and Daniel Foley amongst them. All three played senior football last season.

The U19s are also looking good with 36 registered players and some real quality within the side. Look for some of these boys to be pushing for senior spots this year. Well done again to Craig Glennie who has done a great job getting the side together.

A huge preseason which saw 55 girls come down and check out the team has solidified into 37 registered players who are going to be a part of our historic first ever women’s team.

Our jumper presentation night last night was well attended by family and friends. Special thanks to club favourite Jas Grierson and Brooke Patterson from the Melbourne AFLW team for helping out on the night. 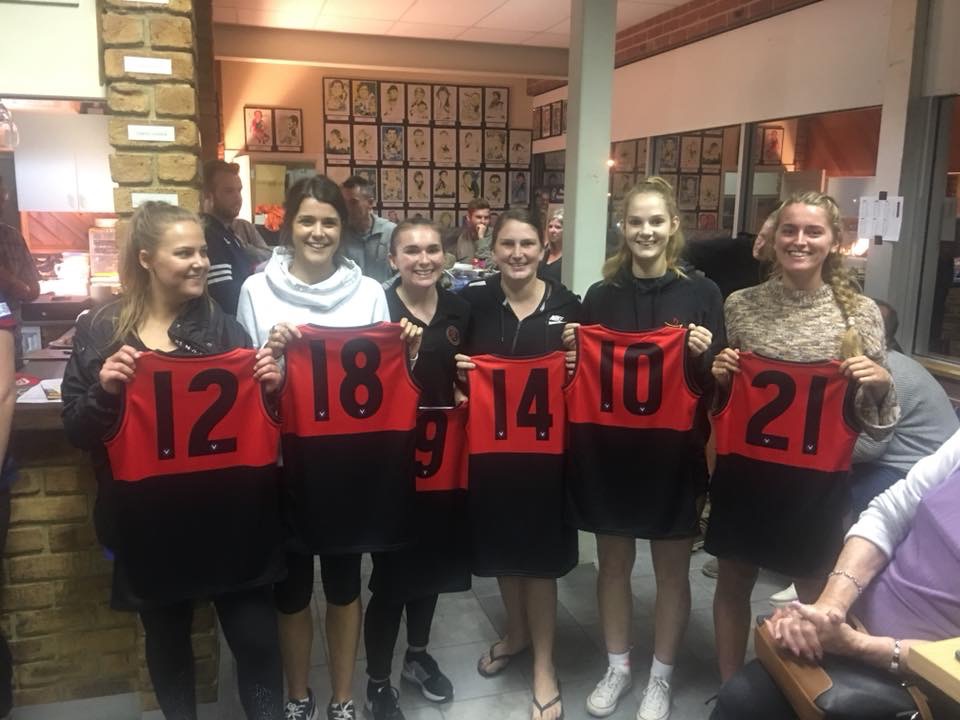 A huge triple header at Bloods Stadium this weekend and a massive crowd is expected for the first women’s game as well as the premiership flag unfurling from our Reserves and Seniors premierships in 2017.

A big thanks to our wonderful sponsors who give generously to our great club.