Thanks to all of our secret scribes who have sent in match reports for the weekends games. Summarised results are below

Manningham travelled down to Aquinas College in the Division 4 Grand Final rematch which was set to be a tough and tight affair.

The Cobras must have tripped over our Premiership flag as they ran out onto the field, with Aquinas continuing from where they left off last year, jumping to an early lead thanks to 2 early majors to young gun Jacob ‘Chompers’ Costello.

The Bloods extended their lead to 4 goals at the main break with James Wright leading from the front.

Like all good sides, Manningham responded in the second half booting the first 4 goals of the third term. The Cobras managed to claw themselves back into the game, setting up an exciting last term.

Both teams went goal for goal in the last, until Sam O’Loughlin kicked truly on the run to give Aquinas a 2 goal buffer. It was all over when young gun Harry Dwyer booted two consecutive goals late in the piece to seal an important victory for the Bloods.

The bragging rights went to Aquinas once again with the backline proving the difference — led by Jarred Sund and the big bootied John Kerr. Philip Dyck continued his good form in the ruck, helping Tom Rosevear to an impressive first Senior game for over a year.

Aquinas move to 2-2 and are hoping to use this win as a building block for a mammoth month of football.

A week after we played the Snakes of Richmond, the Cobras of Manningham were sent forth to Great Ryrie St. It’s a touch weird that so many teams in one division are aligned with slithering creatures (Canterbury are also Cobras I believe) but we won’t hold that against them.

On Saturday the Cobras inflicted the first bite on the Bloods Reserves in a couple of years, downing us by a couple of points.

It was a disappointing result, particularly given the contrasting efforts in the first and second halves. Going into the rooms at half time, we were running well and adhering to the game plan. We found out what happens when you abandon these concepts as we completely lost the plot in the second half, and paid the price.

A good reality check for the boys – you can’t play a half of footy and expect to win, though the fact we did this and only lost by a bit suggests that we have the talent and plans to do something special this year.

Well done to first gamer Jaime Campbell, who showed some good signs around the stoppages – a bigger body that we have been crying out for, and he will be better for the run. Go Bloods.

The Unders headed over the West Gate for our clash v Williamstown CYMS.

The 2nd quarter saws the Bloods start to wrestle control back in our favour, the backline led by Josh Quinlan took complete control of the Willy forwards and we went in 12 pts up at half time.

The margin would stay that way for the remainder of the game as bad kicking took over with 7 pts straight kicked by us in the last quarter.

A reminder of our Past Players Day on Saturday 19th May. This luncheon will be held in the O’Driscoll Room as per previous years and will celebrating the 10 year anniversary of the 2008 U19 Premiership. All past players are invited to attend for what is always a fantastic day.

Our hugely popular $5000 Reverse Raffle is also happening again this year. Lock in June 16th to your calendars for what will be a massive night. Hopefully this year a premiership player doesn’t win it again and use the money to retire from football and move to London. Looking at you Guthrie.

Beanies and scarves have just been restocked at the club so get in touch if you want one. $20 each or scarf and beanie for $30 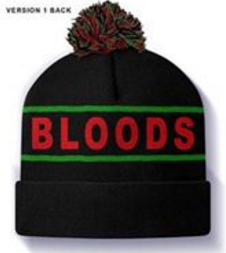 This weeks games as follows